From Mountains to Molehills

Last week, the family and I were on the move. This was my first real vacation since I started running after the birth of Thing 4 in 2011. Sure, I’d been away once or twice since then, but the trips were 2 or 3 days, and I wasn’t nearly so in LOVE with running. I mean, it was helping me lose some body mass, but I was just USING running instead of loving running. So, on our first trip (Nov. 2011), I don’t even think I considered running, and my second trip (by myself to a friend’s house in Sept. 2012), I thought about it, but didn’t feel guilty skipping my runs. This vacation, we went away for 5 nights, and I’m close to obsessed with running.

We live in western PA, just outside of Pittsburgh. If you’ve ever been out this way, you know the elevation changes often and dramatically. If I want to run in a relatively flat area, I run up to the local Jr. High track and school parking lot, but often, I try to run the roads of my neighborhood. So imagine my glee at being able to run the relative flat of eastern PA and NJ.

Our first 2 nights were spent in Strasburg, PA. We went to see Thomas the Tank Engine at the railroad. We went out Tuesday and stayed in a renovated train caboose at the Red Caboose Motel. It was fun, even though there was zero privacy. The caboose slept 6 and we had to be creative with the baby’s pack-n-play since he can’t sleep in a big bed yet. Of course, the curtains barely filtered any light, so I was up around 5. It wasn’t raining so I took my first vaca run. I ran 6 miles around Strasburg, the only thing I feared was the horse pies left by the Amish buggies.  It was hot and humid, but the land was so flat, it felt easy.  I was even able to sprint across a large intersection without getting hit by cars and trucks (in my defense, I thought the walk signal would last longer).

We walked about 4 miles that day at the Thomas event.  I wore my GPS watch, not only to tell time, but to see how fast the trains went.  Thomas was slow at about 5 minute miles, but the big black engine got down to under 4 minute miles.  Thing 1 was impressed that it went faster than an elite runner.

Then it was off to NJ to visit my grandpa.  We haven’t been out there since his 90th birthday, so our goal was to spend lots of time with him.  We stayed at his house, and I asked him about the safety of his neighborhood to see if it was safe enough to run by myself in.  Thankfully it is.  So, on Friday morning, I again woke early (just before 5) and headed out so as to not wake Things 2 and 4, with whom I was sharing a room (2 was in bed with me as we’re the only girls, and 4 was in his pack-n-play).

It was week 3 on my 1/2 marathon training schedule, so I was up for 7 miles.  I headed out and away from grandpa’s house, making note of street signs.  At one point, I ended up in a closed shopping center (it wasn’t even 6 am), so I circled back.  I found an awesome flattish road, called Princess Court.  It is a long road with several roads to circle around using, so I largely stuck to that after mile 3.  I finished out my 7 miles, and felt great.  It was so easy to run such relatively flat areas.

Later that day, we went to Seaside Heights to give the kids some beach time.  I would definitely say, New Jersey is #StrongerthantheStorm.  We spent all day at the beach, and I got rather toasted….so that was the end of my destination runs.

Next stop, Virginia for the Run Like a Diva Half Marathon.

What about you? Have you ever run somewhere away from home?  Do you like hills or flats?

← Hit Me Baby, One More Time
Now on Bloglovin’ → 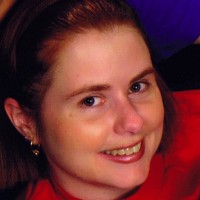 Christian Kindle Books on a Budget

The Best of Days/The Worst of Days

THE HATCHING OF A HEART

Maniac Mom's mission to train for a Mud Run!

Cheer me on as I go from a pack a day smoker to a mud run competitor!

Holding to the Ground

Trying to keep sane as the rules keep changing